Eric Kindler elite at both football and fistball 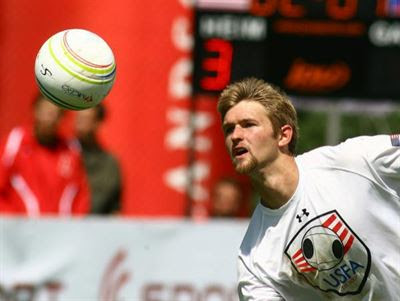 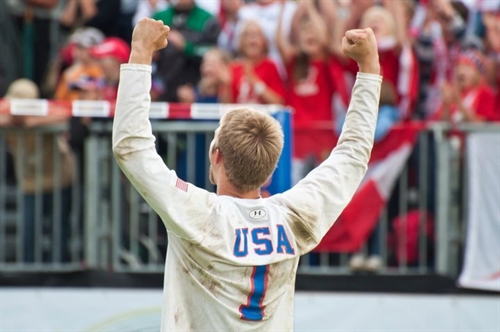 The senior from Germantown is not only an elite college football kicker but he is also an elite fistball player. Fistball is a fast and serious sport played in Europe, Brazil and Japan, with a small but dedicated following in the United States. The biggest hotspot is in Kindler’s hometown of Germantown.

US Fistball Association president Jim Blank says that the game was likely brought over from Europe by German immigrants, and that the German-Americans started to organize leagues in Wisconsin in the 1950s and 60s.

Why fistball for Kindler? Eric’s dad, Reinhard, played for Team USA in 1999 and was the USA head coach in 2007. He got Eric and a number in the community interested at a young age. The UWW kicker has been actively participating in kickball since the age of nine.

Fistball’s hotspots include Austria, Germany, Brazil, Argentina and South America where it's a bigger sport; they have corporate sponsors and it's their job to make money and raise funds to go overseas to play in tournaments.

The Wisconsin Fistball Association will hold its annual tournament this weekend. The event will Feature the Guarani Esporte Clube/FDM Blumenau Club from South Brazil, 2 Men's clubs from the East coast and one women's team.